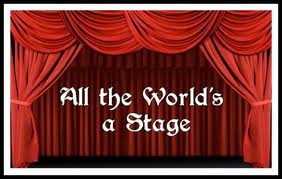 “All the world’s a stage. And all the men and women merely players; They have their exits and their entrances; And one man in his time plays many parts,”

Bob has asked me to talk about Brenda in connection with her time in Horley and the part she played in village life. I shall try my best to do her justice.

On the day Brenda died, I went to see Vanessa and the girls, who were in the field above Horley, getting ready for their week-end music festival, the proceeds of which, went to church funds. Bryony, on hearing the very sad news, said, with tears running down her cheeks, “But, she was the queen of the village!” And I thought, “That’s right, she was the queen of the village” but she wasn’t just the queen, she was a worker as well. In fact, Brenda played many roles in village life.

Early on, Brenda became the Parish Clerk – dealing with all parish correspondence, taking minutes at meetings, using her considerable secretarial skills in making it all run smoothly. Glenys and David tell me, that soon after they bought their beautiful home in Horley, they happened to be abroad, when there was some planning business to settle, concerning trees. Should they cut short their holiday? Brenda emailed them to say, not to worry, she would deal with the planners, which she did, with a satisfactory outcome. A small example of how she functioned – nothing was too much trouble. And she performed this role of parish clerk, until only a couple of weeks before she died.

She took an active part at her golf-club, serving on the committee, working tirelessly organising charity events, ironically, for Katharine House. She was a keen member of the Horley Ladies’ Guild, – running stalls at the Summer Fete and Christmas Bazaar and doing her regular stint of flowers, church cleaning and brass polishing.

And she was a formidable cook – her dinner parties were legendary. She often hosted the Progressive Dinner and she and Bob were part of a group which we euphemistically called “The Dining Club” We would talk about Brenda’s twelve-course meals or her roasts with sixteen vegetables. It was exaggeration, of course, but only just. At Christmas, hungry and thirsty carol singers always stop off half-way round the village, (at The Old Post Office, of course) where they would get the warmest of receptions and treated by Bob and Brenda, to mince pies, and, I am told, mulled wine to  knock you sideways. I am not sure the singing benefited, but the Christmas cheer certainly did.

knew her, to a greater or lesser extent.

Brenda loved everything to do with the theatre and was there from the beginning of Horley Footlights, helping to produce a number of shows with Andrew Hickling as director. This was before my time in Horley, but in 2005, soon after we had moved here, she asked me to direct the next pantomime- we called it “Snow White and Several Dwarfs”, because we never knew how many children would turn up.

This was to be the start of a 9 year relationship,

which so sadly came to an end nearly three weeks ago. We produced many shows together and as many Nativity Plays. Brenda was always a tower of strength and performed roles behind the scenes that would normally need six people. She organised the costumes, props, programmes; she stage managed and prompted and stood in for absent cast at rehearsals. During the run-up to a show, her dining room became a cutting and sewing room, overflowing with yards of sparkly net or mountains of yellow fluffy stuff, ready to transform small children into snow-flakes or ducklings. She would meet the school bus and entice children into her house (with parental consent of course). Her spare bedroom resembled nothing so much as a jumble sale, with props and costumes of all descriptions strewn about – over flowing onto 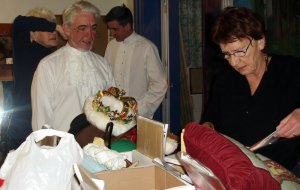 the landing and even into the main bedroom (poor Bob, I used to think), but which would eventually be sorted, washed, ironed, neatly labelled and put in boxes or hung on rails. Whenever I popped in to see how it was progressing, I would stare in amazement and beat a hasty retreat, thinking,” It’s not going to be all right on the night” But it always was. Brenda seemed to be able to create order out of chaos.

I think we can safely say that Brenda played many parts, and she played them jolly well, too. All the rest of us can do now, is to thank her for everything and work out, how on earth, are we going to fill the gap, because she left no understudy. 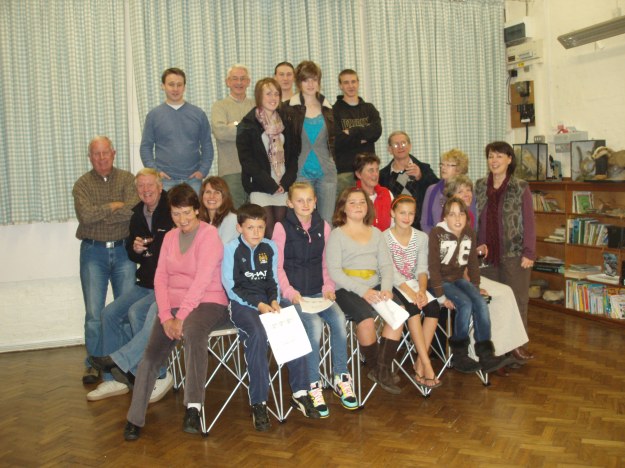 “All the world’s a stage. And all the men and women merely players; They have their exits and their entrances; And one man in his time plays many parts,”

See the Autumn edition of Horley Views for more tributes

1 thought on “Brenda played many parts in Horley” 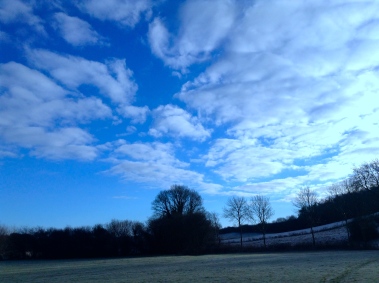 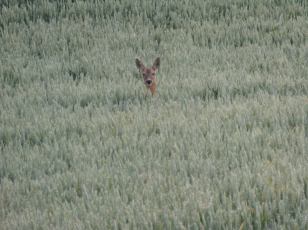