The history of Horley is linked to Horton back to the earliest records as show in this British history report  , there is also a Vision of Britain and in this wiki entry for Horley.

Hornton dates back to the Saxon period, the village name is thought to have come from the Great God of the Woods, a giant with an antlered stag’s head which was known as Hoehn or Hornan. Followers of this god or a Saxon leader using the same name may have settled along the stream that rises in the valley.

Horley lies between two streams, and its name means ‘clearing on a tongue of land’. The village is probably of Saxon origin. Medieval Horley belonged in part to the cathedral of Lincoln, which explains why such a small village has two manor houses. Bramshill was the Lay manor and Horley Manor was the Prebendal (church) manor.

The Grade 1 listed St Etheldreda’s church is listed in “England’s Thousand Best Churches”, by Simon Jenkins. It contains one of the country’s largest and most impressive medieval wall paintings (c.1440) of Saint Christopher. Popular still as the friend of travellers, the mythical St Christopher was widely revered in medieval times. It was thought that anyone who looked on his image would not that day die an accidental death, unable to confess his sins to a priest. The legend, written in Middle English verse, is unique to this painting:

“What art thou and art so young? Bore I never so heavy a thing”
“Yea I be heavy no wonder this for I am the King of bliss”

For centuries children have had a special place in Horley, beginning with the trust founded by Michael Hardinge in 1627. His endowment established a school and provided an education to village children for some 400 years. Children from the orphanage in Wroxton Lane attended, as did evacuees from East London who lived in Horley during WWII.  The school closed in 1969 and the Michael Hardinge Trust now maintains it as a rural studies centre for visiting schoolchildren and as a village hall.

The shape of the modern village is a legacy of the local Enclosure Act of 1765, which swept away the ancient systems of land tenure. Until the mid-twentieth century Horley was largely an agricultural settlement with quarrying and weaving providing alternative employment. The parish still contains five working farms, and many old farmhouses, although few residents now work on the land. The water-powered corn mill was demolished in the mid twentieth century and the mechanical remains of the Old Flour Mill were dismantled for the war effort. Horley remains a small village of about 120 houses, many of the older ones were originally constructed of coursed rubble but later fronted with dressed Horton stone. There has been extensive rebuilding and renovation in recent decades, and infill with new homes.

Horley Scout Camp was the former nature reserve, access to the site is on a track through a  tall pine trees. There are eleven and a half acres of well drained grass land surrounded by woods and a disused railway embankment, providing a totally safe environment away from roads, traffic and habitation. In total the site is 42 acres.The campsite is managed by North Oxfordshire District Scout Council. The woodland and old railway embankments are now part of the Scout run site and have added additional camping areas away from the main field and a number of new features such as the nature trail.

Hornton stone been quarried in and around the area for generations, its distinctive colouring is to be seen in the walls of every conceivable type of building in the region from cottage to church. Geologically known as ferruginous limestone of the middle lias, this scientific name captures nothing of the rare colour qualities of Hornton Stone that can range from a warm light brown, through brown-purple, grey and green to various shades of mauve and blue.

When operational, the Mineral Railway line formed part of the route serving ironstone quarries in the Wroxton Area. It was constructed in 1917 by German prisoners of war to carry the ironstone to the main Great Western Railway line east of the Southam Road. Operations ceased in 1967 when rail transport became too costly but ironstone is still quarried in the area and transported by lorry. 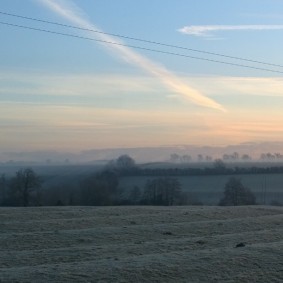 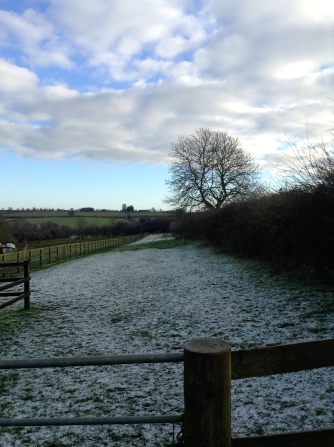 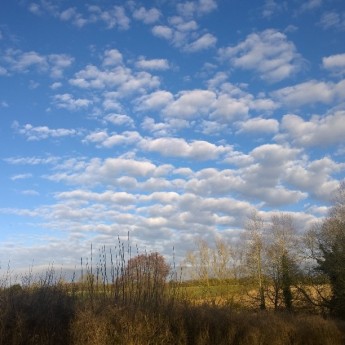