Part 2: Lucy – Married Life on the Square, Working at Bramshill

The Square in Horley was really a triangle. It was on a flat piece of land, about halfway up the long hill on which the village had been built. South of The Square a street of cottages and houses sloped down to the Sor Brook, and above, the Big Lane climbed towards Hornton. Both roads left from different corners of the triangle and from the third, the Banbury Lane went off in the direction of Hanwell.

In the 1950s The Square housed a pub, a shop, and the Post Office. The phone box, which was erected after the war, was next to the letterbox, and the bus stop was on the north side of The Square. Where the main street led south was a village tap from which people who lived in The Square collected their water. There was a clattering of pails and shouting at intervals throughout the day as various families came to fill up, exchange the news and vent their feelings on the buckets that tipped and slopped.

It was as caretakers of Mrs Herbert’s thatched house on the Big Lane corner of The Square that Lucy and Jim made their first home. Mrs Herbert was living in London. They had rooms at the front and the parlour window gave Lucy a dress circle view of all that was going on in the village. Any traffic that was passing between Banbury and Hornton had to turn a complete right angle round the house so it gave her an insight as to what was going on in Hornton as well. But there was little traffic then: once a day a bus left for Banbury, and once a day it returned, but if anyone in the village was going anywhere they generally passed through The Square to get there, and Lucy’s keen eye missed nothing of the comings and goings of the Horley community.

The Astell family had suffered a grim loss. Mrs Astell had been killed by a lorry in a cycling accident on Warmington Hill. She left a husband and four children: Andrew, Peter, Mary and Janet. Janet was only six, so when Lucy stepped into the breach she had to provide a good deal of mothering as well as managing the house and preparing the food. She had much greater autonomy than at The Manor, and she entered into their family life with gusto and great good humour.

The Astells lived as tenant farmers at Bramshill Park Farm. The farm ran over a steep bank and along the fertile valley made by the Sor Brook called Ragnalls Bottom. We believed the village legend had it that the farm, before the reformation, had been a small outpost, or grange farm, of the Abbey at Wroxton, a neighbouring village. The golden walls of the farm and the lichen-covered mossy roof gave it a feeling of antiquity. It stood impressively beyond a small fenced area of grass called The Green Court where the geese were kept. On a bank above it the gardens spread – a gentle mass of flowering shrubs and beds that blended with and softened the outlines of the house.

To reach the Astells was only a short walk from The Square where Lucy lived, up the hilly Little Lane that ran past the farm. Each day Lucy’s journey followed the same pattern. She locked the door and hid the key before shouting a few words of greeting to anyone who happened to be about: ‘I say, it’s cold hain’t it? It’s still a-freezing. Watch them hicicles don’t fall off that thatch and ʹit you on the ʹead.’ she would shout cheerfully, and laugh about the icicles.

A muddy track led to the farmyard where the mullioned windows of the cowsheds looked across it. In a ditch on the left a wooden farm wagon lay abandoned. Hot and laughing she would arrive at the farm’s back door. 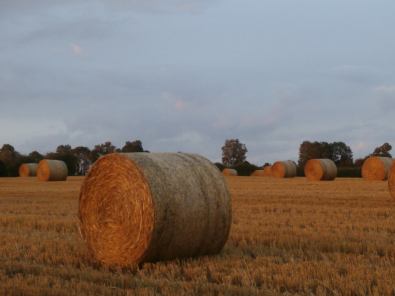 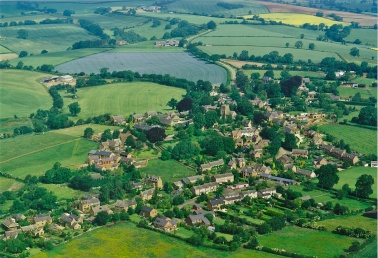 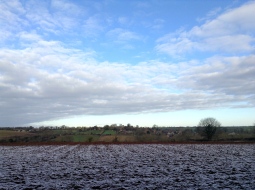 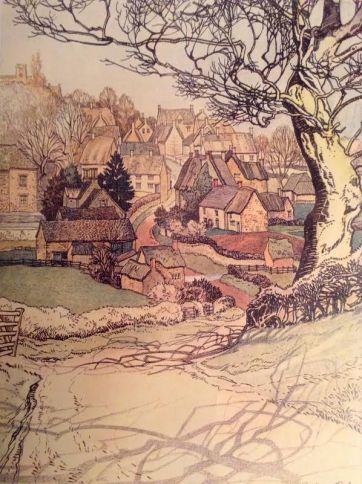 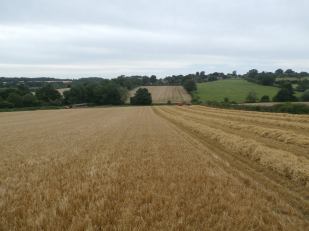 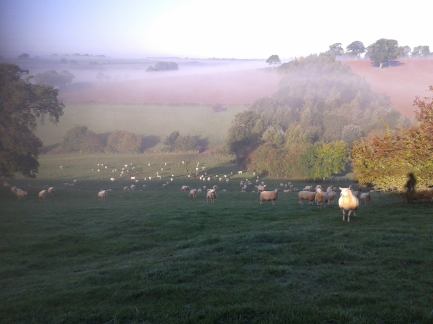 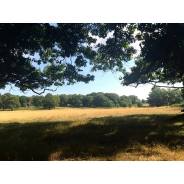